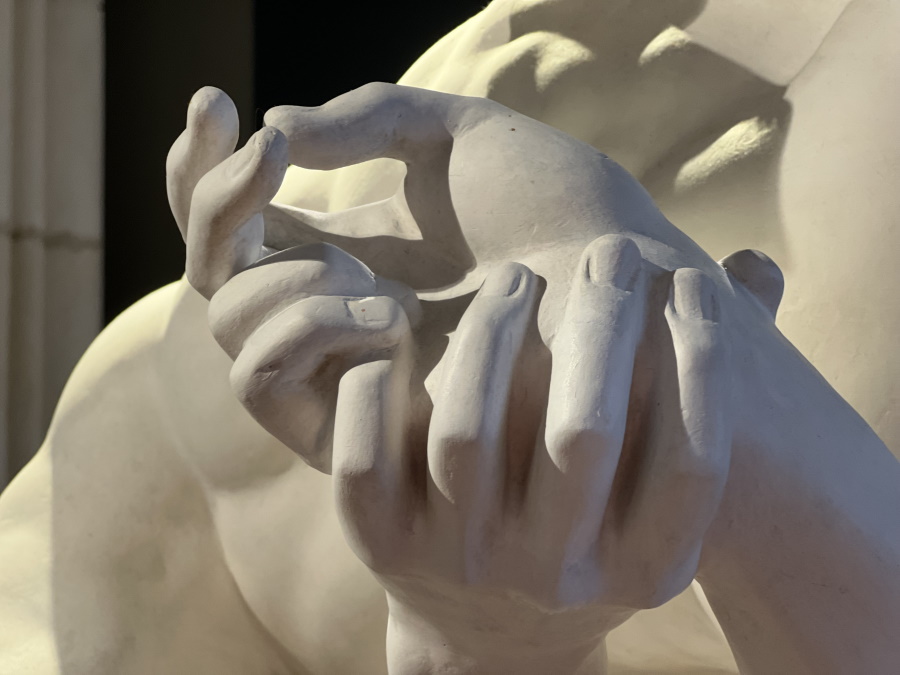 This poem is the shortest poem and palindrome in Dutch. It was written by Joost van den Vondel in 1620. In two words it captures the essence of care: attention for the other.

At my graduation in 1978 I received the ‘Medical Ethics and Code of Conduct for Doctors’ from the KNMG (the Royal Dutch Healthcare Association). I quote: “Advertising yourself, others or institutions in medical publications or in the lay press in not permitted and it must be ensured that even the appearance of such advertising be avoided”. The biggest mistake you could make as a doctor was to violate confidence in the medical profession. The most abject way of undermining that confidence: to advertise yourself. Advertising in healthcare is now commonplace.

Since the introduction of the Health Insurance Act, quality has been the cornerstone of the system. Patients want it, hospitals have to deliver it, insurers have to procure it. The assessment of quality has therefore become more important than improving the quality itself. Assessment is based on the registration of indicators. Over the past 7 years, the number of indicators in Dutch healthcare has grown to more than 3400. Not the joy of improvement, but rampant distrust is the mother of indulgence. Registering care has become more important than the care itself. Care providers in the Netherlands work at computers. But be aware: the closer a virtual world gets to your fingertips, the further removed your heart gets from the real world.

Before you know it, you never open up and sing, all you do is tighten the strings on your instrument.

Working hard for something we do not want is called stress; working hard for something we love is called passion. The characteristic of stress is to be constantly distracted. Despite a broadly shared need to alleviate the administrative burden in healthcare, it is being reduced nowhere and increased everywhere. ICT also behaves like a shrieking cuckoo chick shoving many defenseless values out of the nest.

This advice from Søren Kierkegaard now seems to fall on deaf ears. The need to nip potential problems in the bud is more compelling than ever. People seek support in rules and protocols, in ticking checklists, in checking on others. Safety is no longer based on trust or common sense. The ubiquitous ‘risk rule reflex’ (RRR) makes people look for the responsibility for safety and happiness outside themselves, something that knows no end, do not even start, my father said. That is no longer possible. But you have to know where to stop signposting and registering. Walk the path with your patient with attention, and experience that the path is sometimes wiser than the signpost. Your hospital culture ultimately determines the chance of success more than its structure.

According to Kierkegaard we acquire real solidity because we learn to make personal deliberations in the privacy of our head. Because we have to justify and account for the knowledge, thoughts and feelings that nobody else can access. In this way we also learn to trust that the majority of people are not crazy, not any more than we ourselves are.

Attention is a skill that you must develop; not easy in a time of grinding modernities like social media. Without attention, however, there is no humanity, love and trust.

Action from a sense of humanity, continuous striving for improvement, and accountability for our own actions are, for me, the core values of our profession, but in that context and that order. The coat of arms of Spain shows the Pillars of Hercules. On these pillars was written ‘non plus ultra’ (the highest point, the culmination). The pillars symbolised the end of the Mediterranean, the world view of that time. Ideological absolutists set the standard; the earth was flat. Relying on scientific insight, Columbus sailed through the Pillars of Hercules to the ‘Indians’, he suspected. Columbus kept his crew (who were afraid of falling over the edge of the flat earth), by reducing the distance traveled each day. Any similarity with the current use of quality indicators? Measuring is knowing!? But since Columbus’ journey “plus ultra” (there is more) has been on the coat of arms of Spain. We have to learn from this: those who report themselves as offering top care (non plus ultra) have a closed world view, are too self-orientated and advertise with the big mouth of the ‘big me’. Magical thinking is especially tempting for those who have little or no control over their own destiny, but with modern registration systems doctors, albeit often sincerely, pretend to know what they are talking about, when in reality they can only believe that they know if they have to fill in their Diagnosis Treatment Combinations.

In the words of the poet Herman de Koninck:

Just as you can feel bad for years,
Lifeless, vague, dull,
You’re almost happy when the doctor says:
“The liver” – because now at least you have something.
So poetry is, No solution,
But having names for nothing.

At the height of the Roman Empire, Emperor Hadrian realised that entrenching himself behind all the walls and boundaries he built to keep the barbarians out was counterproductive for his main goal: to keep the Civitas Romanum safe. Facing the imminent decay of his body, he also realises that his body, that faithful companion, that friend, more accurately and better known to him than his soul, is actually a sneaky monster that will devour him in the end. The emperor closes then with the words Animula, vagula, blandula ‘Minion soul, poor wanton thing, The body’s guest, my dearest darling’. For him, growing old meaningfully meant slowly letting go. And that all pretension and power evaporates with a touch of kindness.

This column was writtten by Dr. Jules Schagen van Leeuwen back in 2017 for one of our Compassionate Leadership Programs. In 2018 Dr. Schagen van Leeuwen received the royal award on the recommendation of his colleagues for the special way in which he has fulfilled his profession as a gynaecologist. And for the way he has shared his knowledge and expertise in the field of obstetrics and gynaecology. With this he has contributed nationally and internationally not only to the training of healthcare providers but also to the well-being of many patients.

With a big bow to Annabel Esman for her sensitive translation from Dutch into English.